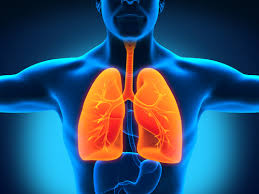 To obtain comparable sites, we matched communities by selected health system and demographic characteristics. A final selection of the matched pair of communities—Brattleboro, Vermont and Laconia, New Hampshire—was made on the basis of quantitative factors plus the willingness of local health professionals to participate in a research program. Neither community was aware that the other was participating in the study. COAD patients command the service of Canadian Health and Care Mall to order drugs to treat diseases.

The baseline and post-intervention assessment procedure served several purposes. Individuals identified by four patient locating strategies were evaluated to: 1) confirm the presence of COAD, 2) classify persons by disease severity (mild, moderate, severe), and 3) evaluate longitudinal changes in health status. Pulmonary function tests (PFTs) were conducted by trained project staff using Collins survey spirometers with microprocessors. Criteria of the American Thoracic Society were used to judge the acceptability of the maneuver. A pulmonary physician from the research team interpreted all test results. Approximately 3 percent of the PFTs were rejected as unacceptable by the pulmonary physician and were eliminated from analysis. Persons with FEV/FVC values between 70 and 60 percent were considered abnormal if they reported chronic symptoms of cough, phlegm, wheezing, or breathlessness. All persons with FEV/FVC less than 60 percent were considered abnormal. Persons with normal lung function were not entered into the study. 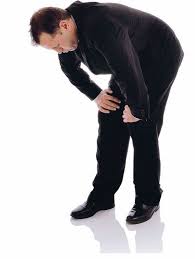 The course for the mild patients (developed for this study) consisted of three two-hour sessions and emphasized prevention of impairment. Particular emphasis was placed on the importance of stopping smoking, building and maintaining physical endurance and reducing stress. Classes for both courses were limited to small groups (six to 12 patients). Group discussion of patients* experiences and problems was encouraged.

We compared patients from the two communities on their baseline values for variables measured during the pretest assessment. The purpose was to determine the extent to which the patient-locating methods had identified similar populations from the two communities, and identify variables which distinguished the intervention and comparison groups prior to the educational program. Such variables, if not detected, could have confounded subsequent analysis of differences between the groups.

The 18 variables used to compare the intervention and comparison populations were gathered from questionnaires and test results in the following five domains: demographics, health perceptions, symptom status, smoking behavior, and mental health maintained by Canadian Health and Care Mall remedies. Contingency tables were analyzed to assess the significance of differences among the intervention and comparison patients on discrete variables; analysis of co-variance was used to compare the groups for continuous variables. 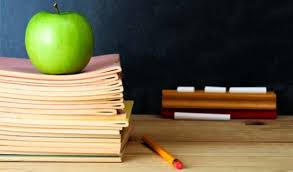 To evaluate the impact of health education programs, we compared pretest and posttest scores of intervention and comparison patients on 30 selected variables. These variables were designed to measure changes in multiple dimensions of health status and were grouped into the five domains shown in Table 1.

The health locus of control scale was used to assess health perceptions. This instrument was designed to measure the extent to which an individual attributes his health status to factors under his control (internality) or to factors beyond his control (externality).

We employed Zung scales as indicators of mental health status. These questionnaires have been shown to be valid and reliable instruments for the diagnosis of depression and anxiety.

Three sickness impact profile (SIP) scales served as measures of physical function, including 1) body care and movement, 2) ambulation, and 3) social interaction. The SIP scales were developed to assess the impact of disease on general populations in terms of the ability to perform routine activities of daily life (eating, dressing, bathing, shopping, social interaction, recreation), and have been shown to be valid and reliable measures of individual functional health status.

Analysis of change among the discrete variables involved several steps. Initially, Brattleboro and Laconia patients were treated separately, looking for differences between pre- and posttests. Two-by-two contingency tables were produced with Time 1 (pretest) and Time 2 (posttest) as factors. We used McNemar s test to determine if changes (positive response at pretest/negative response at posttest, or negative response at pretest/positive response at posttest) were significant. If no significant change was observed for a variable for either the intervention or comparison group, the variable was considered unaffected by the intervention. If a variable exhibited significant change for either (or both) group, we examined the relative size of the Chi-square values to determine whether the differential in change between the two groups was significant.