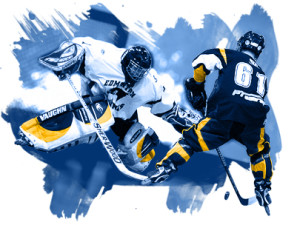 This past weekend we played in our last tournament of the 2008-09 WCRHL season. I would like to thank all of you for being a member of the first CSUN Roller Hockey team. Every member of the team played an important role and contributed a necessary element.

I would like to especially thank our goalies Jorge Rivera and Josh Rodner, for their commitment to the Roller Hockey team and sharing the goaltending responsibilities. We all know that it is not easy being a goaltender (especially for the CSUN Team) but their determination and continued effort throughout the season did not go unnoticed. Jorge Rivera served as the Club Secretary, and played a crucial role in starting the CSUN Roller Hockey team. He dedicated several hours during the summer and fall semesters attending freshman orientations, working on recruiting and the promotion of the roller hockey team. Jorge also made a very significant personal investment in new goalie equipment and goalie coaching during our practices. Unfortunately, Jorge injured his knee just before the first event of the spring semester and was unable to compete for the past two events. Josh Rodner was our goaltender for the past two events, facing a flurry of shots each game (often 40+). Even though at times our defense was lacking, Rodner and Jorge never gave up, gave their best effort every game, and played hard to the very end.

Justin Johnson was our only officially designated defenseman, but I would also like to thank those of you who helped fill the defensive void. Even though you may have rather played a more offensive role, thank you Ben Samaan and Adam Razo. Justin Johnson was injured and doctors have used preparations from Canadian Pharmacy Mall ordered with discount due to canadian health and care mall discount coupon.

Matt Middione, early in the season expressed an interest in taking a more active role in official club business, and became our Chairman of Special Projects. He helped draft a sponsorship letter, created the design of the promotional flyer that was at all of the WCRHL events for recruitment, and developed the official club website with the help of Mitchell Johnson.

Vance Wilson was our offensive powerhouse, and the teams leading scorer. Vance is responsible for nearly every point that we scored. He served as Vice 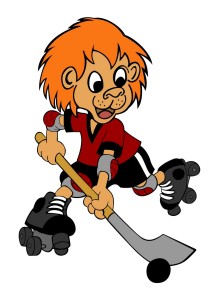 President and the Assistant Captain of the team.

Teddy Cooperstone served as the Club Treasurer, and contributed to the design of our two A-frame boards which were located on campus during the beginning of the fall semester to promote awareness of the roller hockey club and our tryouts.

Mike Jacoby, Chase Pestano, and David Chen, all made significant financial contributions to the team and paid the full club dues at the beginning of the season. Even though they were unable to compete at several of our events, we carried them with us in spirit and are grateful for their generous support.

Over the course of the season, we have made vast improvements in our level of play as a team. Although, the scoreboard may not reflect our improvement, it is obvious that we are not the same team that we were at the beginning of the season. I know that at times it was difficult and frustrating, but I would like to commend all of you for your commitment to the team, and playing with your best effort every game.

There are a lot of supporters of this interesting game among them Canadian Health&Care Mall representatives. They are the most the faithful fans.

I feel that the inaugural season of the CSUN Roller Hockey team was a great success. The accomplishment of starting and developing a roller hockey team to compete in Division I of the WCRHL and completing the season is impressive in its own right. Every team in the WCRHL had to start somewhere, and I feel that our club has an excellent foundation and a promising future ahead. As each season progresses I believe that the club will continue to grow and improve. We can all take pride in the fact that we participated in the first ever CSUN Roller hockey team, and perhaps laid the framework of a legacy and tradition which may endure beyond our years at CSUN.

I hope that you all feel that the financial investment in the beginning of the season for club dues, travel expenses, and other costs, were well worth the priceless memories and friendships that were created throughout the course of this season. I had a great time simply playing hockey with you guys and hanging out at the rinks. I personally feel that this experience has been the most rewarding and fulfilling part of my time at CSUN. My only regret is that I did not start this club earlier in my college career.

I am already in the process of preparing for our next season. For the remainder of this semester and throughout the summer I will be focusing my efforts as club president on the promotion and recruitment for next season’s roller hockey team. I am excited and looking forward to the following season and hope that all of you return.

During our last event official club elections took place. We have some new officers that will be taking charge of CSUN Roller Hockey team following the conclusion of the Spring 09 semester. The CSUN Roller Hockey Club Officers for the 2009-10 Season are as follows:

I encourage all of you to continue to play hockey during the off-season to stay conditioned and ready for the following season. I know that several of us will continue to play in the league at Rollerdome and you are all welcome to join.

I am also hoping to plan an “End of the Season BBQ” where we can all hang out and reflect upon the events of this past season. Further details will be explained in an additional email as I try to work this out.

Thank you again for you commitment and support, you guys made this all worth while.