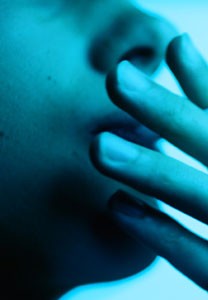 A total of 1,834 persons were assessed during a 16-month period (821 in Brattleboro and 1,013 in Laconia). A total of 518 COAD patients were found in Brattleboro. All Brattleboro patients were offered participation in a health education program (at no cost to the patient). Almost half (254) elected to participate in the program and 84 percent (213) of those entering completed it. Laconia had 405 COAD patients, of which 80 (20 percent) were lost to follow-up. Our analysis compares the Laconia patients (325) who were followed to the Brattleboro patients (213) who completed the education program organized with Canadian Health&Care Mall.

Comparison of Intervention and Control Patients At Baseline

The results of tests for comparability between intervention and comparison groups at baseline are summarized in Table 2 (continuous variables) and Table 3 (discrete variables).

Moderate and severe patients in the intervention and comparison groups were comparable; for unexplained reasons, the mild subgroup of control patients was less healthy than their intervention counterparts.

Our analyses indicate that the health education program had no statistically significant impact on any measure of health status (Table 4). The only variable demonstrating a significant posttest difference between intervention and comparison patients was health locus of control (5.7 vs 5.9, p = 0.003), which was one of five measures used to assess general health perceptions. Health locus of control decreased slightly but significantly for each disease severity subgroup of intervention patients and increased for each disease severity subgroup of control patients. This suggests that the health education program helped patients become somewhat more likely to believe that they can control their own health.

There was no significant difference between groups at posttest on variables related to symptoms status, physical function, mental health, or social function. All of the variables which changed significantly within either group were found among the control patients. Within the Laconia group, mild control group patients improved significantly with respect to coughing (p = 0.05), phlegm production (p = 0.01); wheezing, both in the morning and at night, (p = 0.001); and shortness of breath when hurrying at SOB level 1 (p = 0.01). There were no significant changes for symptom variables among the severe patients.

Although changes were, for the most part, unremarkable among the symptom variables, it is noteworthy that most changes were in a positive direction for both groups of patients. The general direction of change was towards improvement or a decrease in the frequency of reported symptoms. When net change was summed by level of disease subgroup and by community, there was greater overall improvement in symptom status among the mild and moderate control group patients, and more improvement among the severe intervention group patients.